Jules Edouard Moustic is a humorist especially known to the general public as host of a parodic television news show, in the programmes of the Groland on the channel Canal +. In 2008, he steps onto the stage in a one-man-show which he wrote, Moustic en gros. His role as the sentimental security agent in Vincent Mariette's short Man's Best Friend marks his first appearance in the cinema. 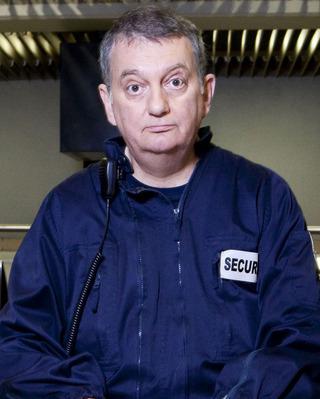