Since 1955, the CICAE has been working to promote cultural diversity in cinemas and festivals.

A bit of history

The CICAE was founded in 1955 by the national arthouse cinema associations of Germany, France, the Netherlands and Switzerland.

The collective and concerted action of these pioneers led to the emergence in each country of a real market for quality films, as well as national schemes aimed at supporting theatres that took a stand in favour of this "high-risk" cinematographic art form.

The CICAE is recognized by the council of Europe, sits on the Bureau of the International Council for Film Television and Audiovisual Communication (IFTC) UNESCO, is a member of Media Salles, and has been a member of the Coalition française pour la diversité culturelle since its inception in 2003. It collaborates with Europa Cinemas, receives support from UNESCO, the European Union's MEDIA programme, the CNC (France), the FFA (Germany), the DGC (Italy), to name but a few.

The CICAE's remit: to be a network of networks, to act as a bridge between theatres and festivals

To encourage arthouse cinemas to come together under a common umbrella at the national and international levels.

To obtain support for arthouse films from government bodies.
To foster the distribution of high quality films from all countries, in all countries.
Through targeted cultural initiatives, to promote the screening of art films in order to increase audiences and foster production.

The arthouse cinema industry: a 100-million-strong audience in Europe

In countries where the art cinema sector is well developed, arthouse films account for 10 to 25 percent of all tickets sold. Art cinema upholds the values of "quality cinema that knows no borders", although, de facto, the bulk is made up of European productions and co-productions. Statistics show that in several countries arthouse cinemas draw up to 80 percent of audiences for quality European films; they are also the most appropriate setting where moviegoers can discover African, Asian, Latin American and "independent" films from the USA.

Thus the arthouse cinema industry is (also) a market, which connects quality films with their main "consumers", i.e. cinema enthusiasts. 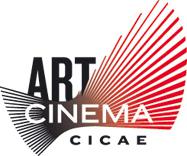 French films at the Spanish office in 2011

French films at the Russian box office in 2011