An event organized by Christophe Barratier and Nouredine Essadi, festival celebrations will kick off April 27 until May 20, 2012.

This event has stamped itself as one of the most popular French Film Festivals abroad. The French delegation at this 15th edition will include Isabelle Huppert, Thomas Langmann, Radu Mihaileanu, Virginie Efira, and François Xavier-Demaison, along with Christophe Barratier, who will present his film The War of the Buttons II.

Audiences in Havana and a number of other cities will have the chance to discover a program of 18 recent feature films from a wide range of genres, including The Artist, The Source, Second Chance, Le Havre, The Illusionist, Ma part du gâteau, and Carlos, as well as a special program dedicated to Isabelle Huppert, featuring Coup de Torchon, A Judgement in Stone, The Piano Teacher, and Les Destinées.

Originally founded as a Week of French Films in 1992, this event has grown into a festival in its own right since 1997, bolstered by support from Christophe Barratier and his associate at Cinemania Nouredine Essadi, and, in particular, from the ICAIC (Cuban Film Funding Agency).

Boostered by Cuban audiences' strong interest in French cinema, the event has become one of the most popular international events of its kind, particularly in Latin America, attracting close to 150,000 spectators annually. 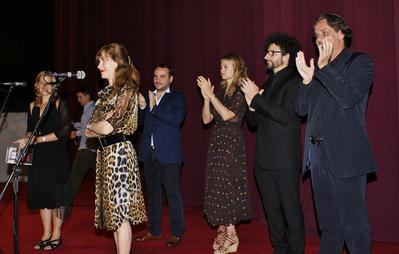