The Artist victorious at the 2012 Oscars!

The French film The Artist was honored with five awards at this year's 84th Academy Awards ceremony.

UniFrance Films hails the triumph of the team from The Artist, a film that epitomizes the vitality and high quality of current French film production.

On Sunday night, February 26, in Los Angeles, The Artist made cinema history. Never before in the history of the Academy Awards has a French film been honored with such a large number of awards. The Artist is the first non-Anglo-Saxon film in Oscars history to be voted Best Picture.

Best Actor honors went to Jean Dujardin, who was vying for the top prize with George Clooney (The Descendants), Gary Oldman (Tinker Tailor Soldier Spy), Brad Pitt (Moneyball), and the Mexican actor Demian Bichir (A Better Life). Dujardin is the first French actor ever to have won this award, with previous French nominees in this category Maurice Chevalier, Charles Boyer, and Gérard Depardieu.

The Artist also struck gold in other categories, picking up the award for Best Direction for Michel Hazanavicius (one of only two French directors to have won this award along with the Franco-Polish Roman Polanski, honored in 2003 for The Pianist), Best Original Score for Ludovic Bource and Best Costume Design for Mark Bridges. These awards are the ultimate accolade for the film after its prestigious performance this awards season, in which it has scooped up six Cesar awards, seven BAFTA awards, a Goya award, three Golden Globes, and four Spirit Awards. 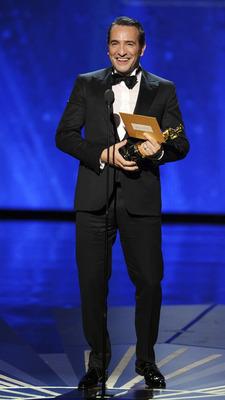 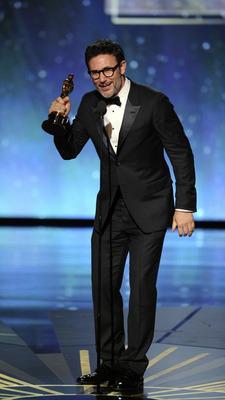 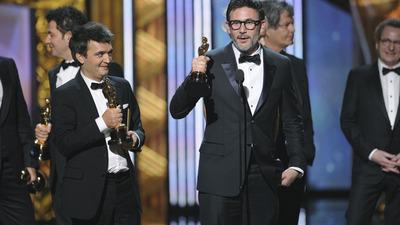 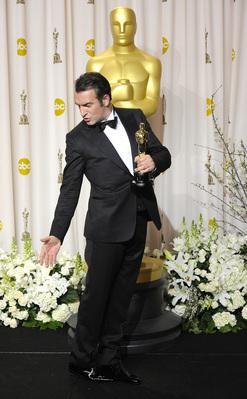 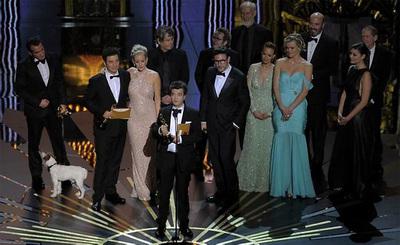