2021 results for French audiovisual programs on the international television scene

Unifrance publishes the first annual report dedicated to French audiovisual works and their broadcasting on foreign television channels. The analysis, which is based on data provided by Glance – Médiamétrie for the year 2021, covers five countries: Germany, Spain, USA, Italy, and the United Kingdom.

In 2021, exports of French audiovisual programs around the world amounted to €375.9 million in revenues, an increase of 6% over one year: this is a new historical record after that recorded in 2020.

In an effort to adhere as closely as possible to the needs of its members and to keep abreast of current market trends, Unifrance wanted to analyze the distribution of audiovisual works in several countries in 2021. This first annual report focuses on the influence of French audiovisual production in five major territories: Germany, Spain, the United States, Italy, and the United Kingdom. Taking into account the specific nature of these five audiovisual landscapes and the overall range of programs offered to audiences on small screens, the presence of French works was examined and detailed using data provided by Glance – Médiamétrie.

The top two countries for exports of French programs in all genres remained the same as in previous years: Germany continued to be the country where French works were most widely broadcast, with a marked public success for documentaries; it was followed by Spain which, in 2021, particularly valued French productions on its screens, with the number of these exceeding even that of programs from the United States. In both countries, the French audiovisual industry was thus in first place, with varied productions, a sign of its vitality and a guarantee of its full integration within these two key markets. Italy, the third largest territory for French programs, is also a privileged partner for France and, by 2021, it was the world's leading partner for fiction.

In the United Kingdom and the United States, the strength and breadth of local production in both countries make it more difficult to circulate European and French programs, particularly series. However, French animation was particularly popular, especially in the United States, the world's second largest buyer after Germany, with programs that were mainly visible on non-linear platforms. In 2021, a number of French dramas and series such as Laetitia and Call My Agent!, whose fourth season won an Emmy Award, and the documentary Kubrick by Kubrick, which also garnered accolades, made a strong breakthrough on the other side of the Atlantic. 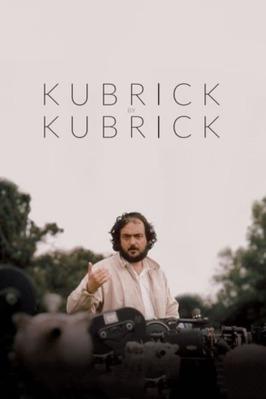 These performances, whether in terms of broadcasting or revenues, reflect how the work and know-how of French audiovisual professionals, as well as the talent of our creators, are recognized, just as France's cultural exception policy and French and European values are highlighted and stimulated.

Unifrance and its members must be able to collectively rely on appropriate economic evaluation tools to further improve the circulation of French works internationally, based on the reality of the various markets. The consolidation of this economic aspect of the audiovisual sector is therefore an important area of development for our organization, which is committed to constantly refining its strategy in order to meet the expectations of professionals more effectively. This first report will be enriched by the analysis of other territories, and complemented by a monthly indicator that will allow us to follow the distribution of French works in 14 foreign countries throughout the year.

Unifrance members can download the 2021 report about French audiovisual programs broadcast internationally below (in French). The report will be available to all on February 5, 2023.