"Gaialand," the history of an ecological utopia pushed to the extreme

From France to Finland, the documentary series Gaialand invites us to experience the journey of an idealistic community, whose dream of saving the planet ended up turning into a nightmare. Elodie Polo Ackermann, the series' producer at Imagissime, and Arianna Castoldi, head of documentary sales at Mediawan Rights, tell us more about this European co-production that will be broadcast next fall.

Unifrance: Between France, Finland and Belgium, Gaialand is a European project as much by its history as by its production. How did this collaboration and the desire to tell this story that transcends borders take shape? 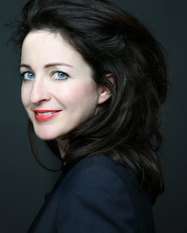 Elodie Polo AckermannElodie Polo Ackermann: At Imagissime, international coproduction has always been in our DNA. After the production of Gregory, I was looking for new ideas to develop in the form of an ambitious documentary series. And it was during a creative seminar organized by the Mediawan group that I came across an intriguing pitch. A Finnish company of the group (Aito Media) had unearthed the extraordinary true story of a group of environmental idealists living in the 1980's like nomads, shunted around Europe by an enigmatic and malevolent shaman. The Finns had access to hundreds of hours of archives shot in the heart of this community, notably in the far north. A gripping story, archives that had never been seen before, eyewitnesses, a European arena: all the ingredients were there for a major documentary project. And the three public broadcasters to whom we presented the project at the Berlinale in 2020 (ARTE, RTBF, YLE) were immediately hooked!

In a context of climate emergency, the story of this utopian community whose dream was to save the planet has a particular resonance. What echo do you think it can have today?

EPA: Our characters' ecological awareness and their convictions immediately echo those of today's youth. Veganism, walking for the planet, absolute respect for nature, awareness of how the climate is endangered... The difference is that in the 1980's in France, there were still only a handful of people attentive to these environmental subjects. But the themes are very similar: it's frightening!

For our characters in particular, the experience goes too far and leads them to their own limits: without spoiling the show, I can say we learn how this dream is, little by little, sullied and instrumentalized by the community leader's madness, and turns into a nightmare. We want it to reflect both the beauty of the characters' commitment, but also to be a kind of warning against all forms of manipulation and extremism. Today's audience, and young people in particular, will surely appreciate this!

EPA: The common factor with fiction is that the story and dramaturgy are central to the project. We want to make spectators experience strong emotions that lead them to reflect on the world and on the period. Through this form, we propose a cinematographic "experience." As in fiction, the creative team designs the arc of the series and that of the characters. The series is built without voice-overs but with strong characters, archival footage that allows for complete immersion in the story, evocative cinematographic images, and a powerful original score (composed by Yuksek).

The difference with fiction is that the raw material, both narrative and visual, is real. And even if the narrative structure seems natural at first, it is in fact complex and sophisticated.

The French team of Gaialand is directed by the director Yvonne Debeaumarché who has developed a great talent for this kind of series. She had already been part of the Gregory (Netflix)  series alongside Gilles Marchand.

The "documentary series" format is increasingly popular on platforms, but may seem less obvious to linear broadcasters. How did you manage to unite broadcasters and partners around the project?

EPA: I think there was already a very strong enthusiasm for the story, its European dimension, and the proposition of an innovative narrative. There is also the promise of a true multilateral coproduction, in which three countries create and take risks together: with French, Finnish, and Belgian creative teams.

Of the three public broadcasters, Finland's YLE, will air it on its Arena platform. For linear broadcasters, programming a documentary series is always a gamble in terms of audience, but more and more of them are taking the plunge given the new and growing public appetite for the genre.

It's a European look at a universal story, beyond the three countries at the heart of the plot. Do you have any initial ideas for distribution in other territories? 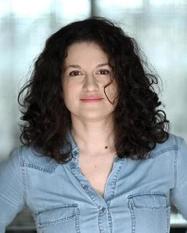 Arianna CastoldiArianna Castoldi: The series is being distributed by Mediawan Rights. It's still under embargo but there's already a lot of interest. And we are evaluating the best possible strategy between platform and linear broadcasters.

The series is scheduled for broadcast in the fall and is currently being edited and will be finalized in June. What are your ambitions for the program's international export?

AC: We would like to have a first airing in a festival—in fact the sales team will present it to  programmers at the upcoming Cannes Film Festival. Today, some category A festivals are opening up to documentary series and this type of program is still very rare on the market. It would offer great visibility for European creation!

Gaialand is a coproduction of Imagissime, Aito Media (Finland), and Les Gens (Belgium), ARTE GEIE, RTBF, YLE, with the participation of DR, Mediawan Rights, and the support of the Finnish Film Foundation, the Creative Europe Programme -  MEDIA of the European Union, CNC, and Procirep Angoa.