Three films have been nominated for the seventh European Film Academy's Young Audience Award, among which a French film Wallay, by Berni Goldblat, produced by Nicolas Anthomé for bathysphere.

The two other nominated films are La Fuga by Sandra Vanucchi (Italy/Switzerland) and Horseman Revolution by Selma Vilhunen (Finland).

Wallay has enjoyed an admirable international career since its world premiere at the Berlinale 2017 (Generation section) and its Cannes Junior selection. It has since won the Jury Prize at the Cinekid Festival in Amsterdam, UNICEF Prize at the Vienna International Festival for Children, and the Audience Award at the FIFF de Namur, among other awards.

As for international releases, Wallay was released in Belgium at the beginning of 2018 (Le Parc Distribution), and will release in Canada during the year (Axia Films). In 2017, the film released in several West African countries, in Canal Olympia theaters and in the network of the Instituts Français. Lastly, thanks to the EFA, a partner of the Under the Milky Way international digital distribution organization, it will soon be available on different VoD platforms, principally in Europe.

On May 6, the three nominated titles will be screened to an audience of children between 12 and 14 years old, in 45 cities covering the 36 European countries (and even beyond), who will vote and thereby decide the winner. 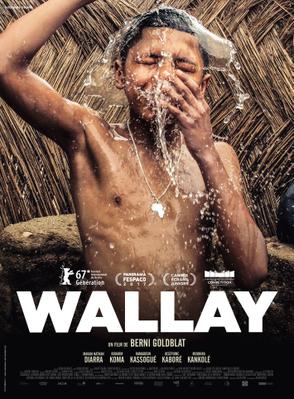 Recent filmography : The Black Pharaoh, the Savage and the Princess, Two Tickets to Greece, Angry Annie, ...