UniFrance presents the 20th Rendez-Vous with French Cinema in Paris

For the 20th year, UniFrance is organizing the Rendez-vous with French Cinema in Paris (January 18-22, 2018), the major film market combined with the world's most important press junket dedicated to French cinema. More than 500 international buyers and 120 + foreign journalists (from close to 50 countries) will attend the event, where 169 films will be shown and 44 sales agents and almost 110 French artists will be present.

This professionals-only event brings together international French film distributors and exporters, along with French artists and film journalists from across the globe, for five days in Paris.

The Red Collar by Jean Becker, distributed by France tv distribution, will open the Film Market on January 18 during a special screening, where the film's artistic team will be present (director Jean Becker, producers Louis Becker and Claire Maillard), along with Serge Toubiana, UniFrance's president, and Isabelle Giordano, UniFrance's general director.

More than 80 films will be shown to foreign buyers during the market, in the presence of 44 French film exporters.

More than 110 artists (directors and actors) who are starring in as many French films due for release in 2018 will be at the event to meet the 125 accredited international journalists from 32 countries for four days of interviews within the heart of Paris. Last year, close to 1500 interviews were given in this context. 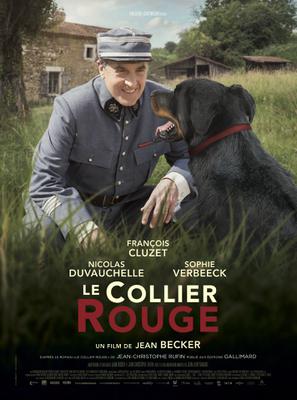 Rendez-vous with French Cinema in Paris - 2017