Opening of the 25th French Film Festival in Japan

June 22 marked a rather special occasion—an evening celebrating 25 years of the French Film Festival in Japan—an event which is, and always has been, capable of attracting crowds of movie-loving Tokyo-ites.

This year, once again, an impressive delegation of French artists traveled from Paris to take part in the event, led by Catherine Deneuve, this year's festival patron. In honor of Ms. Deneuve, a mini film tribute (masterminded by the Institut Lumière in Lyon) was screened in front an audience of over 900 spectators. The audience's highly emotional reaction to this montage of images from some of the most iconic French films of the past fifty years made this screening a special shared moment, which culminated in the appearance, in person, of the great French actress, who was welcomed on stage by Jean-Paul Salomé and Isabelle Giordano, president and executive director of Unifrance. They were soon joined by Isabelle Huppert, Paul Verhoeven, Danièle Thompson, Édouard Baer, Katell Quillévéré, Tran Anh Hung, Martin Provost, Anne Fontaine, and Lou de Laâge, most of whom had spent the day meeting with Japanese media representatives as part of the promotion for their films.

They were then joined by Takeshi Kitano, who, after poking fun at the Japanese Prime Minister Shinzo Abe (which had the audience in stitches from the very first second), switched to a more serious tone to explain how important French cinema, from Gabin to Gainsbourg, has been to him. Our Japanese patron of this year's festival thus gave back some of the love that French audiences have given him over the past (you guessed it!) 25 years.

A few moments later, the curtains opened to reveal the opening film, The Midwife, as cinema reclaimed center stage and Tokyo's lively nightlife came into its own. 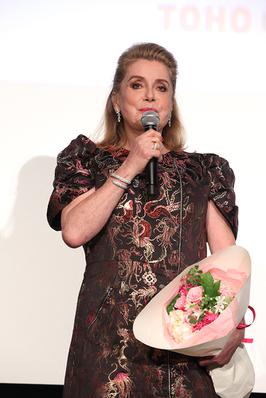 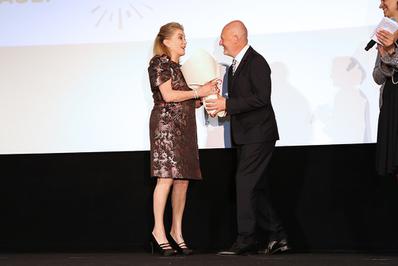 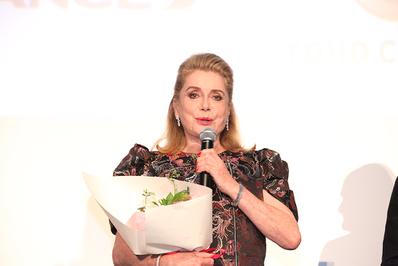 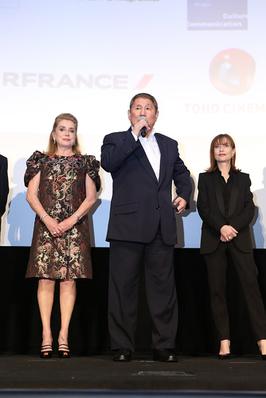 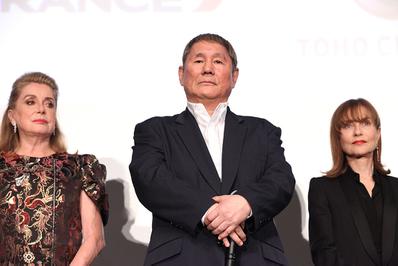 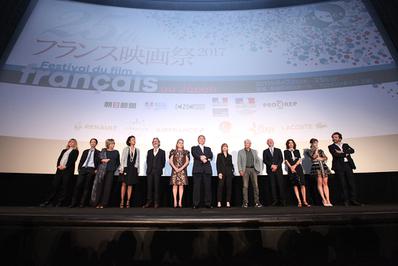