As part of the fifth edition of its online French film festival, MyFrenchFilmFestival.com, UniFrance films is supporting Charlie Hebdo.

From 16 January to 16 February 2015, the feature-length documentary Tough Being Loved by Jerks (Daniel Leconte, 2008) will be available worldwide (outside France) and free of charge.

The film recounts the 2007 prosecution of Charlie Hebdo for alleged “public insult”, after the French satirical weekly published cartoons of Mohammed. The magazine was acquitted.

Tough Being Loved by Jerks will be offered to web-users around the globe on the site MyFrenchFilmFestival.com, free of charge and subtitled in English, along with 10 feature films and 10 short films initially selected for the latest edition of the first online French film festival.

The film is a reflection on the media and the mood of public opinion in French society, and also an attempt to respond to the challenges posed by fundamentalism in all democracies. It is essential viewing to understand the background to recent events in Paris, and UniFrance film is distributing this film as a symbol of support in the name of freedom of expression. 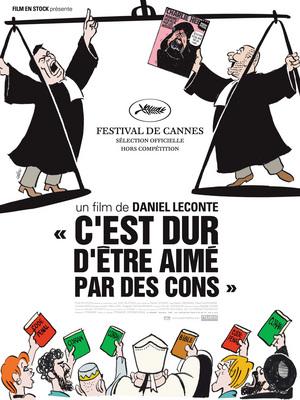 Tough Being Loved by Jerks