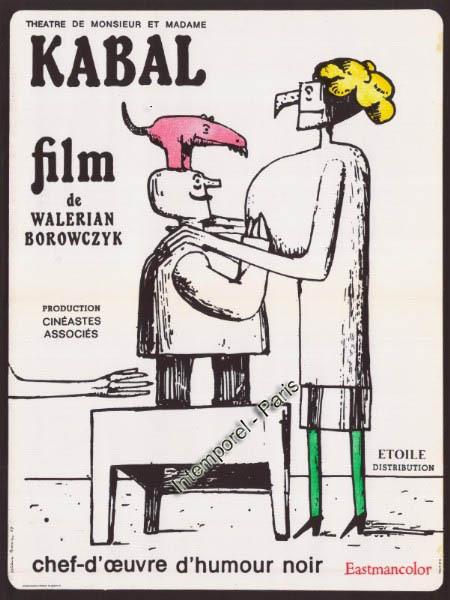 Mr. and Mrs. Kabal's Theatre is the first full-length and last animated movie by Walerian Borowczyk, produced in France. It consists of a sequence of loosely connected scenes, much like a vaudeville program, in which Mr. and Mrs. Kabal perform absurd, surreal, and sometimes cruel acts. Borowczyk introduced the personnel in his short film Le Concert de Monsieur et Madame Kabal in 1962.

"The dark and grotesque story of a married couple: the wife - a mechanical monster made up of iron parts, and her henpecked husband. When Mrs. Kabal eats a butterfly, she gets indigestion and her husband has to travel to his wife's insides to search for the cause of her illness. The film includes colour photographic inserts - Mrs. Kabal's dreams."

Mr. and Mrs. Kabal's Theatre mostly uses a mixture of cut-out and drawn animation, but also incorporates clippings of old illustrations and photographs and even a processed live-action appearance by the director himself. Most images are black-and-white, with only the occasional coloured element. The sound design adds a lot to the surreal atmosphere. Mrs. Kabal speaks in an illegible collage of cut-up human sounds, sometimes translated into subtitles. 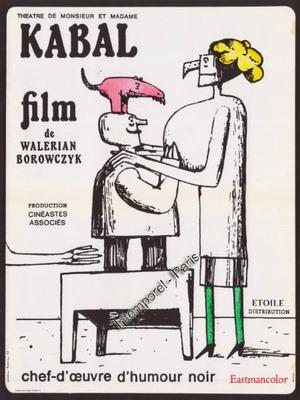