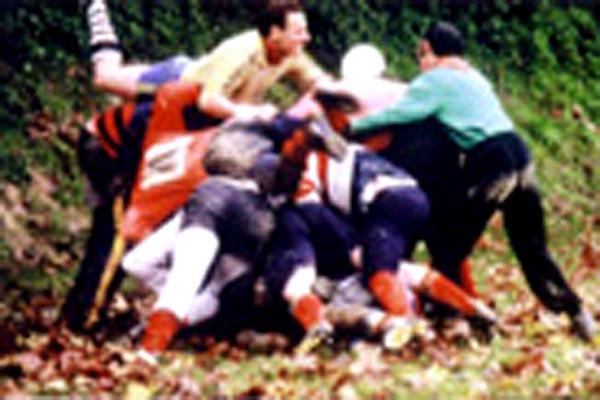 Morasseix, a remote village situated deep in the countryside, offers up a gallery of extraordinary portraits, characters violent, absurd, and sometimes disarmingly innocent. “Nuts, all of them,” says Lili, the hairdresser’s daughter who dreams of going to America.
Cesar has no desire to leave. He has a hearty appetite, enjoys life. He likes local folks. Likes them so much that he willingly provokes and upsets them. He finds that, despite their respective craziness, they all lack insolence, especially his friend Twelve, thus named because of hunting rifle’s caliber. Twelve is completely fascinated by Cesar.
People party hard and hearty at the Ball-trap, some of the festivities end in fistfights. Woodcock hunts provide the opportunity for awkward confessions. Rugby games get out of hand and herds of cows are sometimes unwitting participants in improvised bullfights at dawn.
Everything amuses Cesar – perhaps a little too much.
Lili is in love with him. He gaily flirts with her, but when he learns that Twelve is entranced by her, he purposefully drives Lili to despair and therefore into his friend’s arms. Twelve and Lili marry. Cesar has made them happy. It was like a game. But he doesn’t have Twelve’s naivety or Lili’s purity. He’s not well equipped to be happy. He becomes increasingly desperate and increasingly worrying.
During an incredible robbery, he loses restraint, goes crazy and kills a man. He then goes on the run and Twelve protects him. Roles are reversed. During a woodcock hunt at dawn, Twelve definitively frees Cesar from himself with a gun shot, 12 gage. Cesar had taught him how to live. All Twelve can offer him, in terms of deliverance, is this final gunshot, as though it was an implicit promise between them, a pact agreed to long ago.
And Morasseix, at peace, returns to its gentle madness. 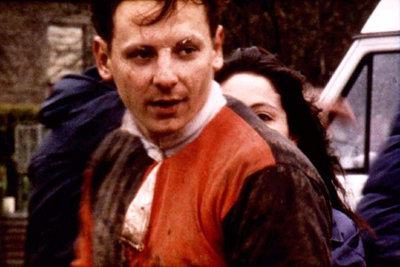 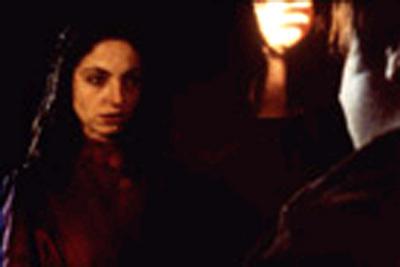 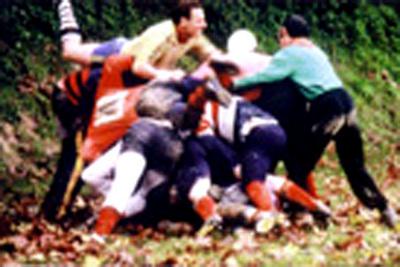