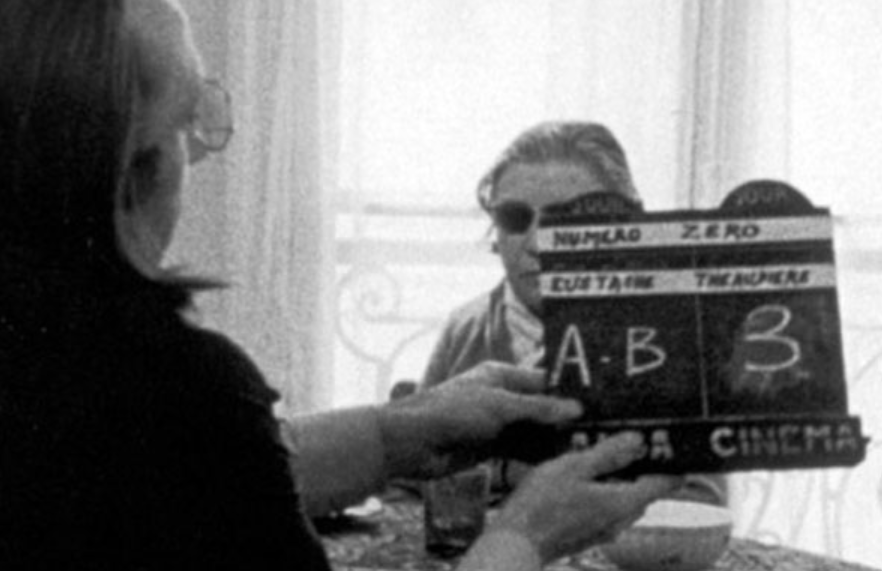 A documentary portrait of the filmmaker’s grandmother Odette Robert, who talks directly to camera for two unedited hours about her memories of village life.

Numéro Zéro is a film of passing time and the powers of time’s passing. The recorded space of the film itself multiples signs of elapsed time. Eustache and Odette drink whiskey: the bottle and glasses gradually empty; the bowl of ice gradually melts [...] The quality of Odette’s speech is equally important. Her flow of speech is also an index of elapsing time. She recounts confidently but rapidly in a near-continuous stream. She pauses on cue for the slate, and then continues without missing a beat, or a memory. One feels that it is a filmic speech somehow, reproducing memory at a continuous pace and in a continuous duration. In this way, Numéro Zéro documents film’s affinity for two types of duration. On one hand, there is memory or historical testimony, whose medium is speech. Odette’s testimony presents a disjunct chronology, whose continuous leaps in time are as complex and orderly as any early film by Alain Resnais. Most important here is the historical uniqueness of Odette’s witnessing, expressed as the film’s evocation of a nonrepeatable past redoubled in the act of the filming, itself structured as a nonrepeatable event. On the other, there is “real time,” this is, continuous duration recorded uninterrupted by two cameras in a way that preserves the singularity of the passing present. In the course of the film Odette is interrupted midsentence as the phone rings. Visibly surprised, Eustache nonetheless answers and is elated to discovery that the call is from Dutch television wanting to buy one of his films. This unforeseen disruption of the course of filming is one more expression of the film’s impossible parti pris: that no event should be lost, no matter how transitory or happenstance.

Eustache considered the film a deeply personal project and did not envision showing it to the general public. On completion, the full version was shown only once, to eight friends (one of whom was Jean-Marie Straub, who later “rediscovered” the film) in Eustache’s apartment on the rue Mollet in the eighteenth arrondissement. Odette died three years after the shot; Eustache took his own life in 1981. But the question remains: Why is this film important now? Because it expresses so clearly yet complexly, in its aesthetic structure, film’s profound affinity with historical documentation and testimony. In this respect, Numéro Zéro is much closer to Claude Lanzmann’s Shoah (1985) than is it to something like Warhol’s Empire (1964). This conceit or folly of wanting to film uninterrupted duration is a way of showing that (real) time is neither homogeneous nor continuous. Certainly, the film documents a presence and a memory conveyed through voice; but it also documents passing time as embedded in a space – the precious conservation of time and memory in small and fragile fragments of space that time will always overwhelm, for both Odette and Eustache are dead. Producing (invisible) memory in a visual medium, the actual perceptible space of the film is also continuously passing into the virtuality of the past in general. It produces duration for us, and it includes us in a duration equivalent to that of the events so transcribed. Numéro Zéro presents an experience of time not unlike that characterized by Roland Barthes.

First things first: dialectical film: two cameras – one moves, the other doesn’t.  The movement of the one is purely optical, which is both psychological and historical; the stasis of the other is purely scientific.  A film about history: of the 20th century; of a woman; of a family; of a future; of Jean Eustache’s beautiful life. A film about science: an experiment in two concurrent and contiguous halves:  the doubled recording of 9 reels of 16mm film, occurring in real time; hypothesis:  the cinema is both purely objective and subjective.  The creation of one history – the one that we watch that’s called Numéro zéro creates a parallel history: one we’ll never see, the phantom film of the other camera.  As Odette Robert tells us about a 20th century, Jean Eustache tells another one, which is both more abstract and more concrete. It’s one that’s built equally of a presence – the production of a reality and the reality of its production – and an absence – the phantom of the other camera becomes the 20th centuries that Odette can’t tell; they are the ghost that’ll haunt the cinema forever. 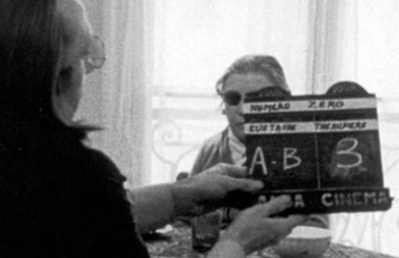