The year of 2017 and 2018 have seen two successful PYIFFs. With director Ang Lee's special authorization, PYIFF is named with a nod to his remarkable film Crouching Tiger, Hidden Dragon .

PYIFF aims to become a professional showcase for exceptional films and outstanding filmmakers. We aim for quality, so PYIFF will be a "boutique festival" - modest in scale, but with ambitious aspirations.

The aim is to strengthen links between Chinese cinema and the cinema of non-Western countries, developing countries, and regions less familiar to the Chinese public. We strive to foster communication and collaboration between Chinese and international filmmakers. We also support young directors, in the hope of injecting new blood into Chinese cinema and promoting the growth of local art and culture. 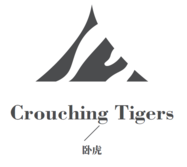