NAAS is a network of non-governmental cinema screens in the Arabic-speaking region. It gathers initiatives that attempt through their programming, events, space, outreach, and operation to support a vibrant and sustainable cinema culture with the aim of developing audiences engaging with film.

By organizing annual regional encounters, workshops, and initiatives for film circulation, NAAS aims to broaden the scope of films available to the Arab public and to encourage dialogue around cinema and its history with the hopes of tapping into the potential presented by the collective  experience of watching film in a public setting.

NAAS is a sponsored organization of ArteEast. 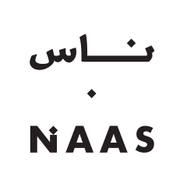