Jacqueline is charmed by Philippe, who came to her house to sell her a vacuum cleaner. So she takes him in and perks him up, for Jacqueline is a semi-retired prostitute. She owns a small sex shop, sloppily run by her ex- husband, Jean. In order to keep Philippe around, Jacqueline lets him take over the shop. Philippe suddenly displays all the symptoms of a workaholic, power-hungry boss, neglecting Jacqueline who no longer recognizes the man she met. Disappointed and convinced she has made yet another mistake (the first one being Jean), she leaves for Normandy to live with her niece, Muriel. Philippe becomes desperate and convinces Jean to go join Jacqueline. They all try to settle in Normandy, but a bored Jacqueline discovers that country life is not to her taste. She insists that Philippe and Jean return with her to Paris, which she admits she never should have left. 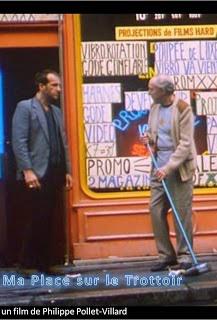