Born in Budapest in 1973, Andrea Kiss is an animated film director, illustrator and graphic artist.

Graduated from MIE (Hungarian Academy of Crafts and Design in Budapest), she’s working with animation film since 1990. She has been working as an animator in different studios (Aardman, Studio Magica, Studio Ex-ist...) and on numerous independent projects.

She has been directing a lot of short animated films. The most known are The Sink Song (Csap Dal), The Fairy With the Seven Heads (Hétfejű Tündér) and The Mouse with a Mouth (Le Mulot menteur / A Hazudós egér), films which have been selected in many festivals and awarded several times.

Besides, she is involved in many creative activities (drawing, painting, installations, book and music album illustration, posters, object and shadow theater...) and her work has been exhibited in different countries. She is teaching in some fine art and film schools including Belgian national school of visual arts (ENSAV LA Cambre)

She has conducted several courses and workshops around graphic art, animation film, object and shadow theater.

She is currently working on a theater piece mixing shadow and object theater.

The Ball of the Cats

The Mouse With a Mouth 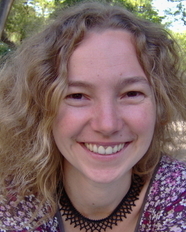 Director : The Mouse With a Mouth