Visual artist Hendrick Dusollier composes the shots of his films by mixing real takes with virtual 3D spaces. Reflections on time and memory set in the old quarters of Barcelona, Obras, his first short film, receives more than 30 prizes and a César nomination in 2006. In parallel to his artistic direction, he also directs and produces with his company, Studio HDK Productions, the experimental film Face and the installation in 3D stereoscopic, Facebox, for Canal+, as well as the opening film of the 2007 Guanajuato Festival in Mexico, Fade to Black. Since 2005, over the course of several trips, he has filmed the mutations of China. Babel is an allegory on the China of today. 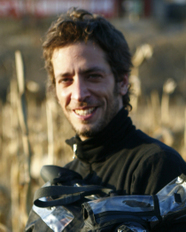