Review of "The Strange Color of Your Body's Tears" by Télérama

Dan Kristensen returns home from vacation and discovers his apartment empty. His wife has disappeared without a trace. He contacts the police, but they show little interest in the case, so he decides to conduct his own investigation. He questions his neighbors, and inspects every little corner of his building. Soon he discovers a world around him that is as incomprehensible as it is troubling. As his search for information progresses, Dan seems to be losing his mind...

After their previous film Amer, a madcap tribute to the Giallo genre, Hélène Cattet and Bruno Forzani are back with a new opus laced with feverish mannerism set against an Art Nouveau backdrop. Returning home from vacation, a businessman discovers that his wife has disappeared, and begins to notice a series of strange happenings relating to his neighbors.

Shifting like a kaleidoscope, this film portrays an investigation into a mental and architectural ­labyrinth. All kinds of visual archetypes and gimmicks are evoked: an eye peering through a hole, the blade of a knife that slides across the tip of a woman's breast, walls that move, spirts of blood, to name but a few. It shows us an extravagant catalogue of fantasies and phobias, in which eroticism is macabre and horror is ultra-stylized—we love the walls that seem to melt before our eyes. At times it is difficult to follow—in a physical sense—as the shots fuse together at breakneck pace and the soundtrack borders on aggressive, while the various intrigues seem to be endlessly interlocked. At times we switch off, but the heightened formalism in this film is by no means gratuitous: within it is the story of a possessed, obsessed, and fanatical man who is the literal embodiment of a haunted house. 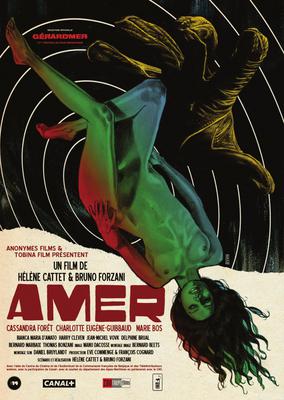 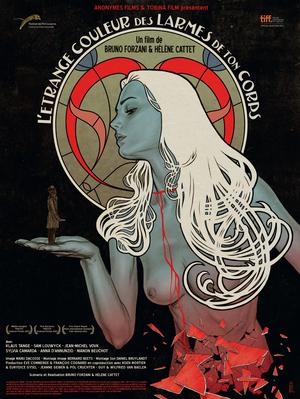 The Strange Color of Your Body's Tears