Review of "Eastern Boys" by Télérama

At the Gare du Nord train station in Paris, Daniel, a reserved fifty-something, notices Marek, a young man from Eastern Europe hanging out with friends who appears to be a prostitute. One day, Daniel decides to approach the young man. They agree to meet up the following day at Daniel's apartment. But when Daniel opens his door a day later, he is far from imagining the trap into which he is about to fall. Unable to defend himself, Daniel's apartment is ransacked by Marek's gang of friends, who don't think twice about bullying and mocking Daniel. But a few days later, Marek returns to visit him. They enter into a paid arrangement, and before long a relationship develops between them, opening up a new journey for them both...

A pick-up scene at the Gare du Nord: Daniel, a man who is no longer in the first flush of youth, is suddenly mesmerized by the face of a teenager. He lines up a meeting, inviting the boy to his apartment the following day. So begins this original, ambitious film that maintains a constant sense of expectation and ambiguity. Nothing is predictable in this story, in which everything comes across as elusive and changeable. Sexuality, for example, which starts out as almost coarse and mechanical between the two men, but gradually evolves into affection and attachment, a kind of sentimental education. It is this unplanned and incongruous love that later inspires Daniel to overcome his own mediocrity. We could even say that he undergoes a transformation as he puts his own life in danger to save a lover who has become much more than the object of his desire.

Two stunning moments in which time seems to stretch out endlessly form the foundation of the film like two pillars. In the first, Daniel waits for the young man he had chatted up the previous day. But it is a much younger boy who knocks at his door, entering his apartment accompanied by three other teens. More young boys arrive, including the "boss," a short guy who is a little older, smooth and unsettling, tough as nails. He's clearly the leader of this gang of Eastern Boys from Russia and Ukraine. They spread out through the apartment looking for valuables, empty the refrigerator, take Daniel's computer. They put music on, dance, serve themselves alcohol, even offering some to their host. They are Buñuelian beggars invading a world from which they are excluded. Against all expectations, Daniel decides to take part in this grotesque performance, accepting his role as a hostage at this "party," drinking, swinging his hips, joining in. Around him, as though in a dream, he sees familiar objects, such as his television, his paintings, his light fittings, and the mirror from his living room taken away by the boys. Entranced by the cacophony, he looks into the eyes of the handsome young man who has betrayed him. But it is the voice of the boss that he hears: "You're the one who came after us at the train station. You told us to come over!"

The other highpoint, just as long and intense, concerns the inverted power games at play, as Daniel, humiliated in his own home, goes to visit a strange hotel where the gang is holding his young lover. The film heads into thriller territory here, with racy tracking shots down the corridors and a pervading sense of danger like a time bomb waiting to explode. The appropriately-named Daniel seems to be fighting modern dragons. And, just like in the fable, he faces a series of challenges that will lead him to his beloved and finally release him from the curses that hold him back, in order to take him out of the shadows and into the light.

These two lengthy passages are outstanding in this film by Robin Campillo (known for his film They Came Back, which was also the inspiration for a successful TV series), which remains exciting from start to finish—and disturbing, because the director appears to detest sentimentality just as much as good intentions. None of his characters are endearing. Even if Daniel (played brilliantly by Olivier Rabourdin) progresses in his journey toward discovering his own truth, he remains a complex and enigmatic character to the end, as we constantly wonder if he is fundamentally good or bad. The young Ukrainian (Kirill Emelyanov, also excellent) is obviously a victim, but also a calculating young man who is willing to use his only weapon, his body, to survive. The game playing between these two men changes and develops, but is never resolved. The most fascinating of all is the boss (played by the superb Danil Vorobyev). Flanked by his own little "Court of Miracles," in particular the young boy who is glued to his shoulders like a pet monkey, he resembles the hero of a picaresque novel, a poisonous god who appears to be all-powerful, but becomes a fragile creature when his strength, based on his youth and his brute force, fails him.

In this portrait of France in which the destitute and excluded roam aimlessly in train stations, Robin Campillo casts a penetrating eye on issues of homosexuality, paternity, solitude, and the connections that evolve between people. It is lyrical and romantic in the Stendhalian meaning of the term: a mirror-film through which we are taken on a journey. 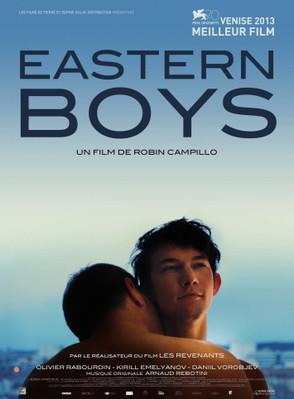 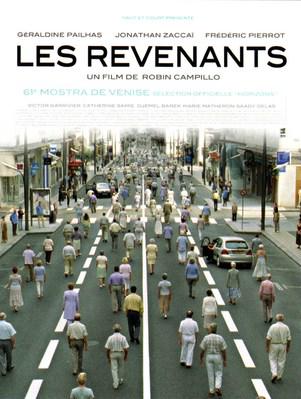